By Rosemary Jones May 21, 2019
The return of Million Dollar Quartet marks the homecoming of one of Village Theatre’s most successful musical developments.

Workshopped in 2006 as part of Village Originals Festival of New Musicals, Million Dollar Quartet appeared on Village Theatre’s mainstage in 2007 and topped a million dollars in ticket sales for the company.

Based on a true story of an all-day jam session between Elvis Presley, Johnny Cash, Carl Perkins and Jerry Lee Lewis, the show went on to a Broadway run in 2010, a Tony Award for Levi Kreis (the Jerry Lee Lewis in the original Village Theatre run) and a host of reappearances everywhere from London’s West End to Harrah’s Las Vegas, as well as on Norwegian Cruise Lines.

As Village Theatre’s Executive Producer Robb Hunt recalls, the show was a hit with the staff as well as the audience from the first. “We did some casting in L.A. and some here, put it in Festival in 2006, and it was very exciting. It was unusual but we did [the Festival production] with a full band when typically it was just a piano.”

For a show to rocket out of the Festival to a full-blown production was unusual as well. “We’ve been honing our craft for many years. We did our first new musical back in the 1980s and it’s a very slow process,” Hunt said. More typically, shows workshopped in the Festival go back to the writers to rework. “When musicals start as readings at the Festival or a writers residency, we may come out with a scene or a whole act with that process. You move things around—such as songs go from act one to act two. It’s not like designing a car where all these engineers know exactly how it is going to end up and how you are going to do it.”

But Million Dollar Quartet took shape almost immediately. Creators Colin Escott and Floyd Mutrux “had this concept from the get-go,” said Hunt. The only real hitch in development was trying to secure the rights for all the songs referenced in the show. “We had certain rights for [Village Theatre] but they couldn’t get some for Chicago and New York runs. They had to work really hard to adjust for that. That’s some of the things that I remember about the original run.”

For Brandon Ivie, associate artistic director at Village Theatre, Million Dollar Quartet is not just “such a feather in our cap” it’s also a musical that provides some necessary cheer. “We’re living in real tough times. It’s really easy to get beaten down by the world. This provides relief. This provides a moment for people to sit and have a great time. This is about an amazing turning point in American music,” he said.

Village Theatre’s new production features a new all-star cast and creative team that includes links to the past productions. “For this show, casting is a huge challenge,” said Director Scott Weinstein. “Not only do we need amazing actors and singers, but they also need to be virtuosic musicians. When you add on the need for them to look and sound like the iconic stars that they are embodying, the challenge only increases. Luckily, we found an absolutely incredible cast!” 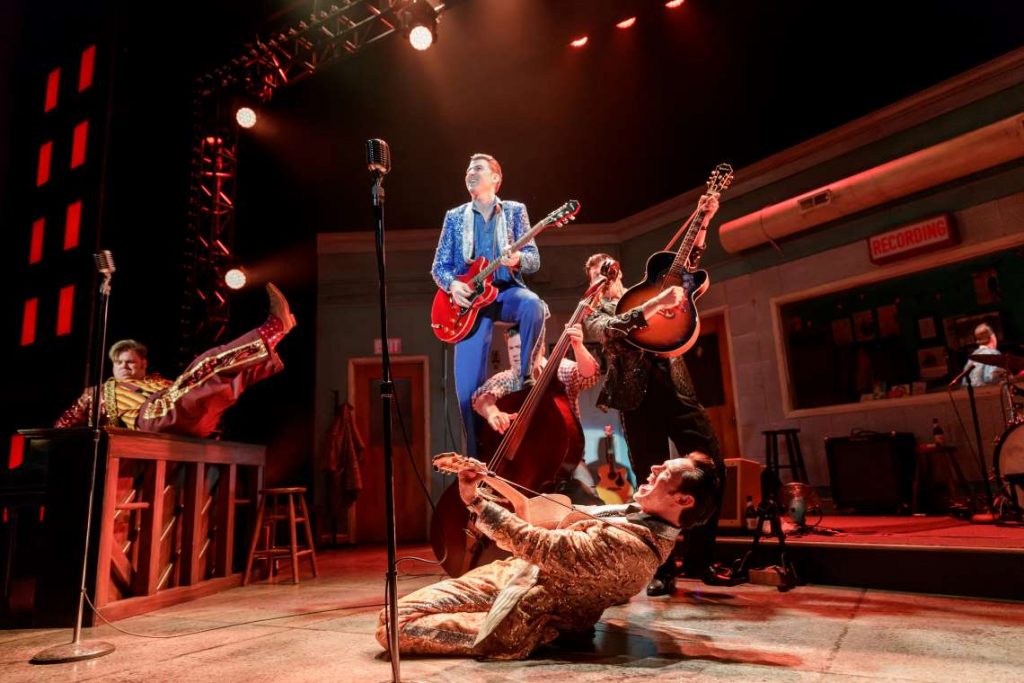 Weinstein himself served as the associate and resident director of the Broadway production of Million Dollar Quartet. He also oversaw the Equity National Tour, Chicago and Las Vegas productions, and currently directs the resident productions on Norwegian Cruise Lines and at the Lawrence Welk Theatre. Joining Weinstein is music director and country music superstar, Chuck Mead who has been with the show from Village Theatre’s first outing to Broadway and back to Village Theatre again. Rounding out the team of this all-new production is scenic designer Andrea Bryn Bush, lighting designer Geoff Korf, costume designer Esther Garcia and sound designer Brent Warwick.

Million Dollar Quartet will play through June 23 at Village Theatre in Issaquah before moving to the theatre’s Everett performance space for a month-long run June 28 to July 28.

In the meantime, Hunt, Ivie, Artistic Director Jerry Dixon and the rest of the Village Theatre team continue to hunt for the next big musical.

“The trick is to get a variety and diversity in the subject matter, the type of music and the story lines,” said Hunt. “We try to mix it up so we have a great variety for our audience. It’s sort of an art. Lots of good material that we evaluate that belongs at some point—but we’re only doing five shows a year.” 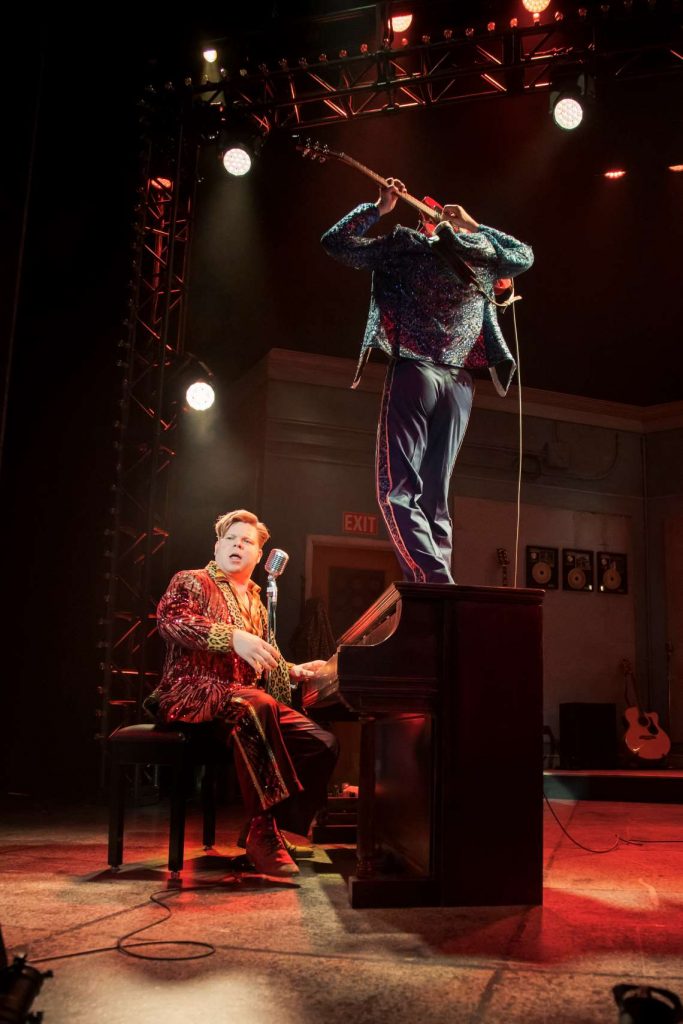 “[Our workshops and festival] are developing musicals in so many different stages of the game,” said Ivie. “Definitely we are in a moment when voices that used to not be considered commercial are now being considered. I’m seeing a shift in who is telling the stories. Women writers, trans writers, people of color have started being considered seriously. That is changing the stories that are being told and that’s very exciting.”

For next season, Village Theatre will be presenting another new musical that they are developing, Hansel & Gretl & Heidi & Günter, and hoping it will go beyond their run in spring 2020.

“That’s the challenge that we have. We love the success that Million Dollar Quartet had. We’d like more of those. We’d like more that are picked up by others and published,” said Hunt. “So, we are inviting other commercial producers to see [a reading of Hansel & Gretl & Heidi & Günter] and see if we can generate interest so that they will help us move it forward.”

Million Dollar Quartet is playing at the Francis J. Gaudette Theatre now through June 23. It will then run at Everett Performing Arts Center June 28—July 28.

This article was originally appeared on Encore Spotlight, a website devoted to arts and culture news  of Seattle and San Francisco.