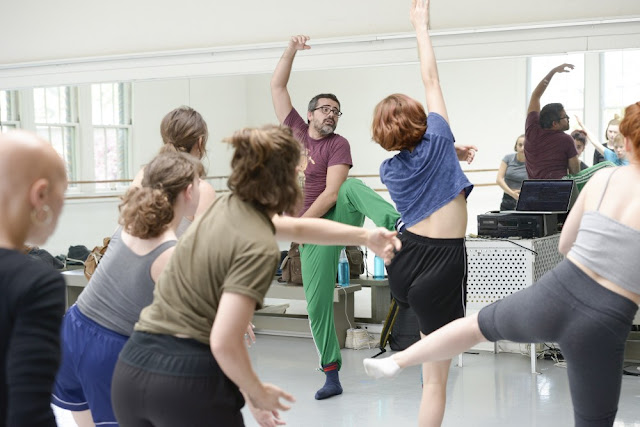 Look for students and recent graduates of the Dance Department at Pacific Northwest Ballet's "Next Step: Outside/In" on June 15. They will be performing a new work by Bruno Roque that he calls 'Prelusion.' Photo: W. Westergard for Cornish College of the Arts


Pacific Northwest Ballet’s Next Step series has become a way to show off new choreography from the company’s dancers. Now it has expanded to invite more members of Seattle’s dance community to perform at the June 15 event. Students and recent alumni from Cornish College of the Arts’ Dance Department will be among the performers at this year’s Next Step. They will dance a piece choreographed by Bruno Roque.

Originally from Portugal, Roque was a company member of the National Ballet of Portugal, the Royal Ballet of Flanders in Antwerp, and, from 2004 to 2016, a first soloist with Les Ballets de Monte Carlo. He moved to Seattle with his wife Noelani Pantastico, who dances at PNB. Locally his work has been seen at Whim W’Him’s 2017 Choreographic Shindig and he staged Jean-Christophe Maillot’s Cendrillon for PNB.

For PNB’s Next Step: Outside/In, Roque was delighted to work with dancers from Cornish. “They are super comfortable in their bodies and up for the challenges,” he said. “I’m happy with their attitude toward the whole thing.”

Their piece will be performed in the “inside” portion of the event – but it will be a little bit different from the works presented traditionally on the stage. “I’m calling it ‘Prelusion’ – it reminds me of what I learned in dance history. Entertaining the audience between acts, dance as a prelude.” Roque envisions the dancers rising from seats amid the audience and performing up the aisle. Roque also called it a way to set up the audience for the main performance, rather like an appetizer.

Creating a new work in a short rehearsal time is not always easy, but it is something that the students have done in their own classes and performances like Terpsichore’s Landing. “They are pre-developed artists already,” Roque observed. “They get [the idea of the choreography] first. That will translate into the body.”

Next Step: Outside/In takes place at McCaw Hall at the Seattle Center on June 15. Free festival-style dance performances will take place outside and inside McCaw Hall’s Kreielsheimer Promenade from 6:30 p.m. to 7:30 p.m, featuring the choreography of Donald Byrd, Miles Pertl, and Noelani Pantastico.

The Cornish dancers will perform at the start of the ticketed portion of the evening at 7:30 p.m.

This article originally appeared in Cornish News and is reproduced with permission here.